Production update: Jannike Grut is attached as a director, actor and script consultant to a huge pilot of a VR behavioural game/experience, which soon is to be filmed. More about the project soon.

Acting update: Jannike Grut just played the part of Irene in the German TV series with 5 million viewers in Germany.

Acting Update: The Duckpond ANKDAMMEN where Jannike Grut plays a principal role as a criminal bank robber is nominated in three categories! Best actor. Best feature and best first feature! Fantastic! Congratulation especially to director Robban Andersson on making this movie! And of course to nominated Kristoffer Pettersson, Zardasht Rad, Victor von Schirach  and all of the rest of us in the team! Now hoping for a WIN!

Acting: The action-comedy The Duckpond aka Ankdammen premiered this summer. Jannike Grut is Josephine, a Danish criminal on an unsuccessful robbery-tour in Sweden. Ankdammen is now available on SF Anytime, I-tunes and several other platforms. Good job – and thanks to – director Robert Andersson!

Acting in Pilot: Jannike Grut also filmed a pilot for a TV series, in one of the leading roles.

Writing: Developing the feature We are Family together with American screenwriter Alvaro Rodriguez. Now waiting for an answer… did we get the fundings to keep on developing?

Writing lab In August Jannike was also in the fabulous writing lab Aspö Writing Lab, as an actor, working together with the always interesting director Zanyar Adami, and Simón Revilla was filming.

Director Zanyar Adami staged the screenwriters’ scenes, OR ideas from their screenplays, short work-in-progresses, with us, the actors.

Jannike Grut was also directing two days, working with new ways of trying out scenes and characters, by using the actors’ talent in improvising.

Screenplay development After the week at Aspö Writing lab, Jannike got home with more information about some of the scenes and characters in the feature We are family.

Others got home with short films ready to shoot! So, to examining your screenplays, scenes or characters together with actors is really a good tool in screenplay development!

Producing: Started to think about an earlier development of a VR production that has been waiting for it´s right time to re-enter the stage… It could be this month! We will start softly with a SKYPE meeting with a VIP person in VR. Exited!

The film screening-concept that Jannike Grut, Beata Konar and Maria Clauss created, Novellafilm3x3, is now having it´s second screening in Stockholm. Three new filmmakers screen their shorts with a Q&A and a great mingle afterwards. A movie-experience in the cinema at it´s best.

Acting July 3 The action comedy The duck pond aka Ankdammen, where Jannike Grut has a big supporting role as a criminal, premiered. Jannike plays Josephine, the leader of a robbery gang from Denmark, on a mission in Sweden. Jannike Grut also films in a pilot for a Swedish action thriller, as one of the main characters.

Producing Last month finished with some work on the feature script, and work with possible co-producers. This month they all take a vacation in Sweden, so in August we expect a decision on possible co-production on the continuation of developing We are Family into a full-length movie. 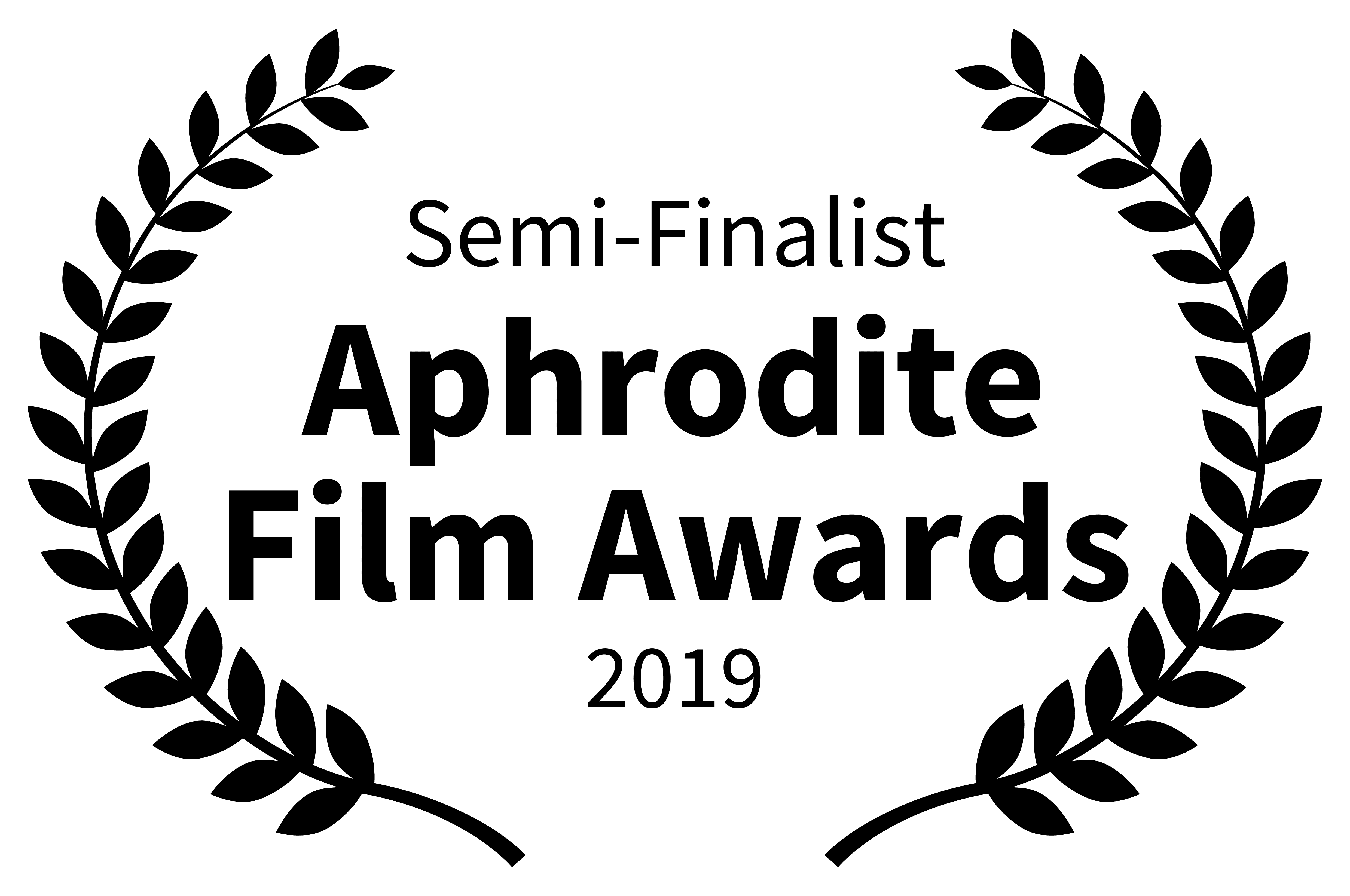 Acting Jannike Grut is filming a feature in LA together, a satirical thriller. More about that production further down the road, but Jannike enjoy to work with the Canadian/Indian/American crew!

Jannike also landed a role in a big Swedish feature, filming this summer. TBA what and with whom, but it´s good! Directed by one of the best in comedy in Sweden. 🙂 (To be continued)

Writing and Producing The work continues with the feature We are Family, together with Alvaro Rodriguez, and now might end up also as a TV series! The short version/pilot/proof of concept of We are Family is NOW watched by an executive at a big cable network in Los Angeles. (To be continued… )

MAY 15 Novellafilm 3×3 Jannike Grut, Beata Konar and Maria Clauss had a success with the screening of their films We are Family, Memory metals and Cry last month in cinema. And are now invited to talk about the screening-concept at the Swedish Film Institute, by OFF (Oberoende Filmares Förbund).

MAY 14 – 25 Cannes Filmfestival Jannike Grut is visiting Cannes Film Festival as an actress and artistic director, for film and meetings.

Acting with two major productions for Jannike as an actor, in March. One Swedish and one German. April also started in an interesting way with in Bulgaria! Directly after that, Jannike filmed a pilot for a TV series in Malmö, Sweden, in one of the two leading parts. She is playing a former police detective, unwillingly getting into a new case again…

Producing April 24 the director and cer Jannike is in while launching a new concept for screening short films theatres together with two other directors, Beata Konar and Maria Clauss.

They have formulated a manifesto for other filmmakers to use, and go together three and three, and show films in the cinema under the label of NOVELLAFILM3x3

The first three films screening, are WE ARE FAMILY directed by Jannike Grut, SAKNAD aka CRY by Maria Clauss and MINNESMETALLER aka MEMORY METALS by Beata Konar.

The screening--inTheCinema-concept NOVELLAFILM3x3 is meant to be spread amongst and inspire other filmmakers around Sweden, and abroad, to also show their shorts together in a movie theatre.

Another win for We are Family!

Very proud to get this email: “Dear Jannike, we’ve got some good news for you: Congratulations on winning an Honorable Mention: Dark Comedy. Our jury loved your work on We Are Family- and we hope you take pride in it.”

Next showing in Sweden is APRIL 24 at the movie theatre ZITA in Stockholm http://www.zita.se/

Jannike is currently filming a German thriller, one of the biggest tv-shows in Germany with around 7 million viewers per film. She plays one of the sisters in the family this Agata Christie-inspired murder story is about.

Later in March she is filming in a new big Swedish tv-show Ture Sventon.

The work on the tv-series Finding your way | Hitta hem home continues together with director Richard Jarnhed.

And not the least, starting the work on getting co-producers in on developing and producing THE FEATURE We Are Family, with the support of screenwriter Alvaro Rodriguez.

Now at the Swedish Film Academy Awards! The film was nominated for the best script, the best cinematography AND top ten for the audience prize!

And this beautiful and moving film Jannike is in, WON the prize for “Best Cinematography” by Kristoffer Jönsson! Congrats to Kristoffer to the prize!!! And the whole crew to all nominations!

Jannike filmed in Sweden and also nailed a role in the upcoming Swedish TV series Ture Sventon, with a remarkable gallery of great Swedish actors attached to it.

Together with screenwriter Sabina Zupanc and director, Richard Jarnhed, Jannike is continuing to work on the TV series Finding your way home aka Hitta Hem and will both meet new, interested co-producers and continue with the script.

Continuing the development of the screenplay to feature We are Family, with Alvaro Rodriguez.

Two nominations to the Swedish Film Academy award for the film Garden Lane! The script and the photo! Congrats colleagues! Jannike is happy and proud to be a part of this journey as one of the actors.   to Olof Spaak and Sofie for making this script and film happen!

Jannike worked in LA, got her American social security number and her first American production Anika&Teddy is now up for premiere during 2019!

ACTING Jannike ended the year with both some film days and some days in a voice studio dubbing a big series for a big company… All we can say is that it was good fun! She also made an audition for a film for a good cause, and recorded another voice job.

PRODUCTION|WRITING The meeting with the screenwriter last month ended with a first draft of the first episode of the tv-series Finding your way home.

And we’re happy to announce that we’ll from now on will be working together with Screenwriter Sabina Zupanc on the script! Director Richard Jarnhed and Jannike continue as showrunners.